What an enormously entertaining read “Tantra” is. Haven’t had so much good old-fashioned reading fun in years.  Honestly.

I am not into fantasy fiction, nor am I into vampires, and yet this book –  which has them all in spades –  kept me hooked until the rather puzzling end…I sense a sequel.  Hurray!

Meet the Delhi you/we never knew existed.  I live here, for goodness sake, so I should know…

This is a Delhi where vampires and guardians battle for control of the city, and for the safety of its citizens.  A Delhi full of tantric and sattvic rituals, and of course, full of the more instantly recognizable Delhi types such as this specimen our heroine meets in a bar :

Ah yes, Anu, our heroine.  Introducing Anu Aggarwal, a tough NRI professional vampire killer, who moves from New York to Delhi, to try and avenge the gruesome death of her boyfriend, Brian.

She moves in with her aunt, Nina, who provides a recognisable foil to Anu’s other life. Nina wants to marry her niece off. Anu wants to kill vampires.
The scene is set for a downright fun read.

The book is well written, crisp, and fast-paced, and there is an underlying wry humour as fantasy meets the 21st century.

Whoever knew vampires checked their email, for example:

Like Anu, I knew nothing at all about the tantric arts  –  and I don’t think I could have properly explained sattvic, either, before reading this book – but the author wears his obvious scholarship lightly.

Anu has to learn much about the way not only the tantric world operates, but also how Delhi does : 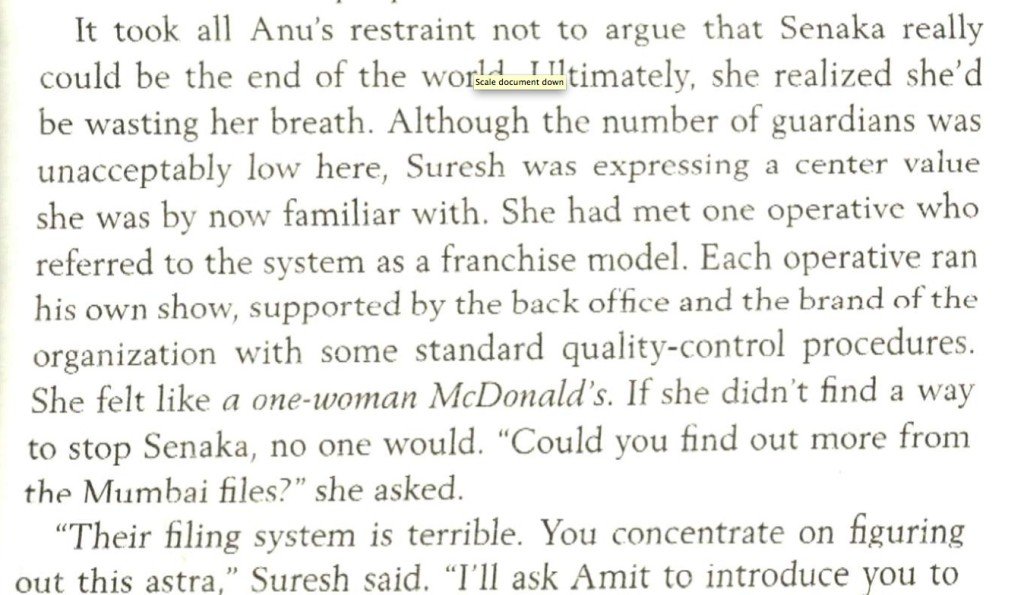 Poor filing, non-existent back office support – sounds more like a business than a vampire killing unit, but the mission is deadly serious :

As Anu delves deeper into the occult, and begins to understand the magnitude of the evil forces she is up against,  she even learns to negotiate with her sworn enemies, vampires.  She is a trained vampire killer, but there are times when they are the lesser of 2 evils :

There is drama, tension, religion, the occult, a love story (that is not concluded in an entirely satisfactory manner, but as I said – I sense a sequel) and there is enough blood and guts to satisfy –  well, a vampire, I suppose. 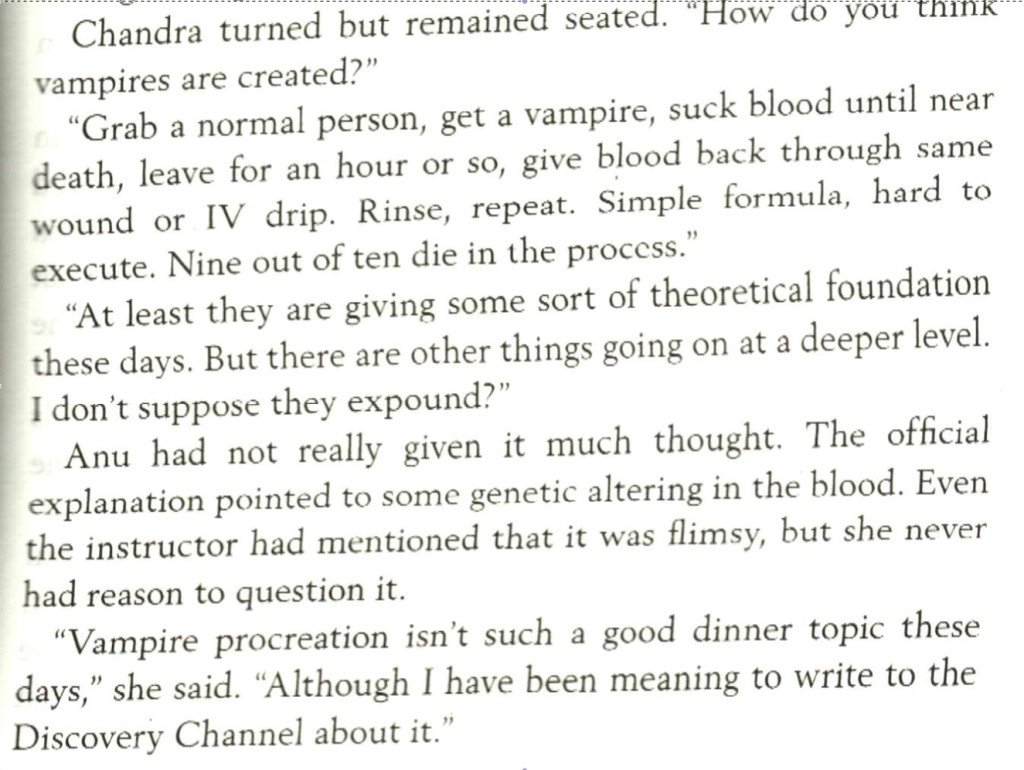 Anu is a likeable heroine.  A super-heroine, really, able to do all kinds of amazing things and consumed with an unserving desire to do good.

Published by Apeejay Stya Publishing in 2013, the paperback costs Rs 195

If you want to buy the book –  and it’s a good read –  then nothing could be easier.  Just click on either of the links below :

This review is a part of the biggest Book Review Program for Indian Bloggers. Participate now to get free books!