Before I even start writing the review – disclosure time.

I am in book club in Delhi with the author’s wife, Theo.  So I am not totally impartial, especially since we were all privy to some of the labour pains involved in the final stages of this fascinating book.  I cyber-followed Jim’s book tour earlier this year with great interest, and we ladies of book club were all happy that Theo could join him for part of it.

Secondly, I am not in the least a sports fan, know absolutely nothing about basketball, and have never even watched a single match, not even on TV.

So, I approached this book from a different perspective, to be honest, much more intent on the culture clashing promised on the title page than the ins and outs of basketball.

First things first – loved the look and the feel of the book – a nice hardback, and those slightly uneven, rough-cut pages were reassuringly solid and real, if that makes any sense.

Mr. Yardley – oh what the heck, may I call you Jim ? –  so Jim Yardley, clearly a basketball fan of serious note, used to live in China, where he was the foreign correspondent for the New York Times.

His book chronicles the ups and downs and oftentimes downright bizarreness of a not very good Chinese basketball team that employs an American coach.

Culture clash doesn’t even begin to describe it.

The author spends lots of time with the team and the looser entourage of translators, coaches, and trainers in the unattractive, gritty, highly polluted industrial city of Taiyuan.  He stays in Taiyuan, he travels with the team throughout China, and is clearly both a sounding board and a listening post for both the Chinese and the handful of Americans caught up in the world of the “Shanxi Brave Dragons.”

Jim Yardley’s approach to the story of the Brave Dragons, the sometimes hapless team whose fortunes form the core story of the book, is to chat around and about the subject of basketball and the games, and then through this prism, introduce us to background sporting history, his thoughts on Chinese politics, and his wry, often hilarious observations of Chinese society.

It was the latter that made the book for me.

Sure, I was happy that the Brave Dragons ended the season ranked 10th (surely not a plot spoiler ?) but the whole sporty aspect of the book didn’t enthuse me as much as the author’s often beautiful writing about China.

You see, the trouble for me with the basketball bits was, to be perfectly honest, I didn’t really follow the nuances.

Some of it was almost impenetrable :

I have no idea what an alley oop dunk is, but it does sounds amazing, I have to say :

Where Jim Yardley is unsurpassed is when he describes the China in which he lives, a country evolving every day, eager for change yet sometimes afraid of it. Anxious to understand American culture and oftentimes failing totally –  which is more than can be said for most of the American players who appear disinterested by China and the Chinese, intent only on money and winning the game their way, and with no interest whatsoever in trying to learn any of the language of their host country.

The author’s descriptions of the smoky, dirty, noisy city of Yaiyuan bring the place to life, warts and all :

He has a fine eye for people, both their appearance and their conversation.  Garrison Guo  –  a translator –  is one of the nicest people in this cast of amazing characters and from the first moment he walks into the pages of the book, I was hooked :

A soufflé of 1970s hair –  now how gorgeous a description is that ? 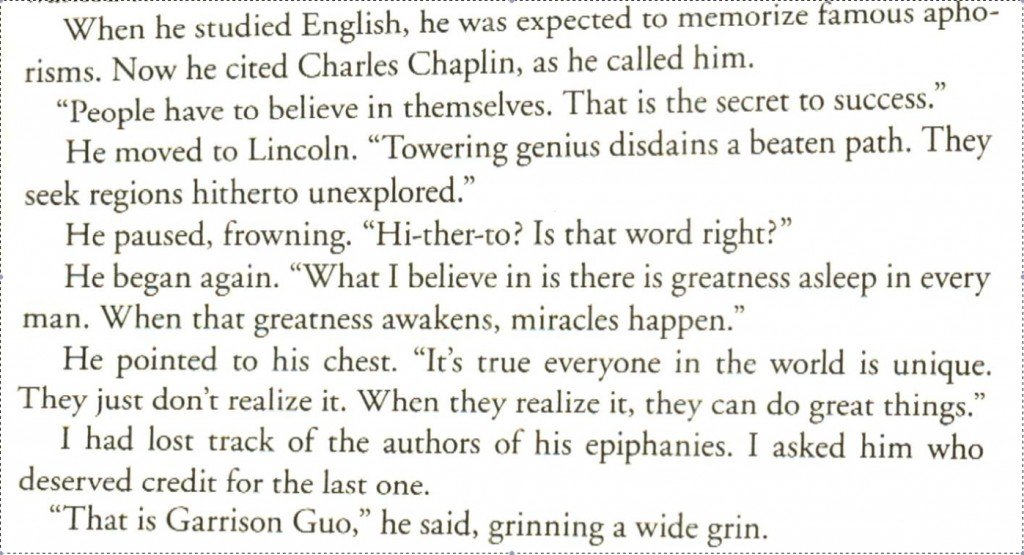 There is a certain amount –  no, correction – lots of linguistic tangles, but these are so well handled by Jim Yardley that you laugh along with the Chinese players, never laugh at them.  The author writes with a sensitive helping hand.  The hilarious “groove” moment is a case in point : 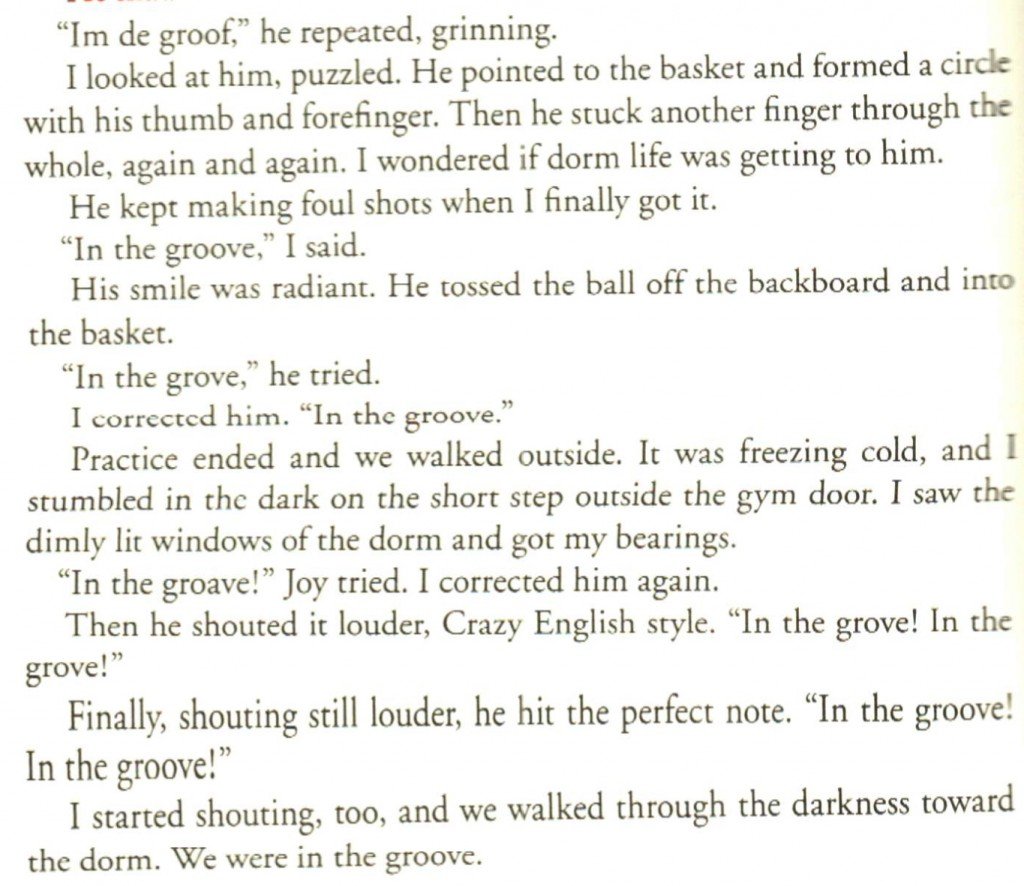 Jim Yardley is equally perceptive when it comes to his fellow ex-pats, closel guarding their hard-earned China expertise : 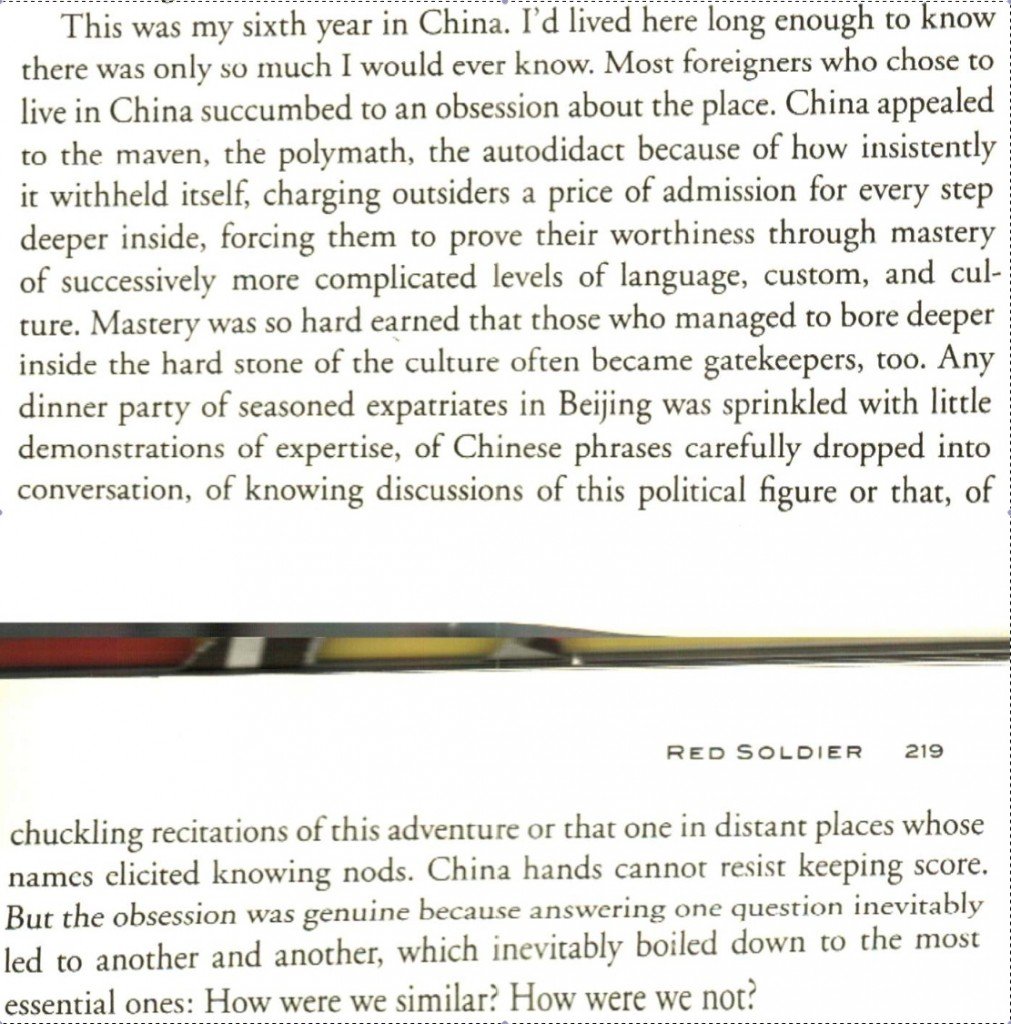 During a noisy taxi ride along shockingly awful roads with Garrison, the latter asks Jim Yardley a question.  The author’s answer is, in essence, the explanation of why he wrote the book :

These cultural tangles, the author’s attempts to understand them himself and then explain them to us are the backbone of this funny, informative look at politics, economy, history –  and, of course, his beloved basketball –  alley oop dunks included.

The hardback edition of “Brave Dragons” was published by Knopf in 2012 and sells for US$ 26.95

If, after reading this, you would like to but the book, simply click on the link below :