Disclaimer – if indeed there is a need for one: I was sent this book by the publishers, and asked to review it.

This début novel is an interesting read, which kept me involved until the end, as I read on with growing interest, keen to find out what happens, all the while hoping for a happy ending.

But…No, no, I am absolutely not going to spoil the plot for you, so worry not.

Suffice it to say that the narrative covers the years 1990-1999, and charts the friendship and relationship between a young London based NRI, Abhimanyu, known throughout as Abhi, and his Calcutta based friend Uma.

(Hey, it is written as Calcutta throughout by the author, so I am not being politically incorrect)

They are both doctors (as is the author) so there is a lot of medical speak throughout the book, and much of the story line takes place in and around hospitals.  The couple never physically meets in the book, and the whole narrative takes place via the exchange of letters.  At times, to be honest, this technique jarred, especially when you know that they had well and truly entered the email era.  Why would you write when you could email, was often my rather cynical reaction, but this issue is addressed, late in the book, when Abhi admits to preferring hand written letters to emails.

I like the book, and I am full of admiration (and not a little envy) for a first-time novelist, but there are a few very mild comments, which I hope will be taken in the right spirit.

At times, the “dialogue” seems a little stilted.  I realise these 2 young people who are writing to each other are very clever young people, but all the same, sometimes the writing does seem somewhat stiff :

Or take this, when Abhi is telling Uma about a trip to Italy :

Doesn’t ring true, in the way that other parts of the book do.

This extract, below, however, sounds as though it is written with genuine feeling : 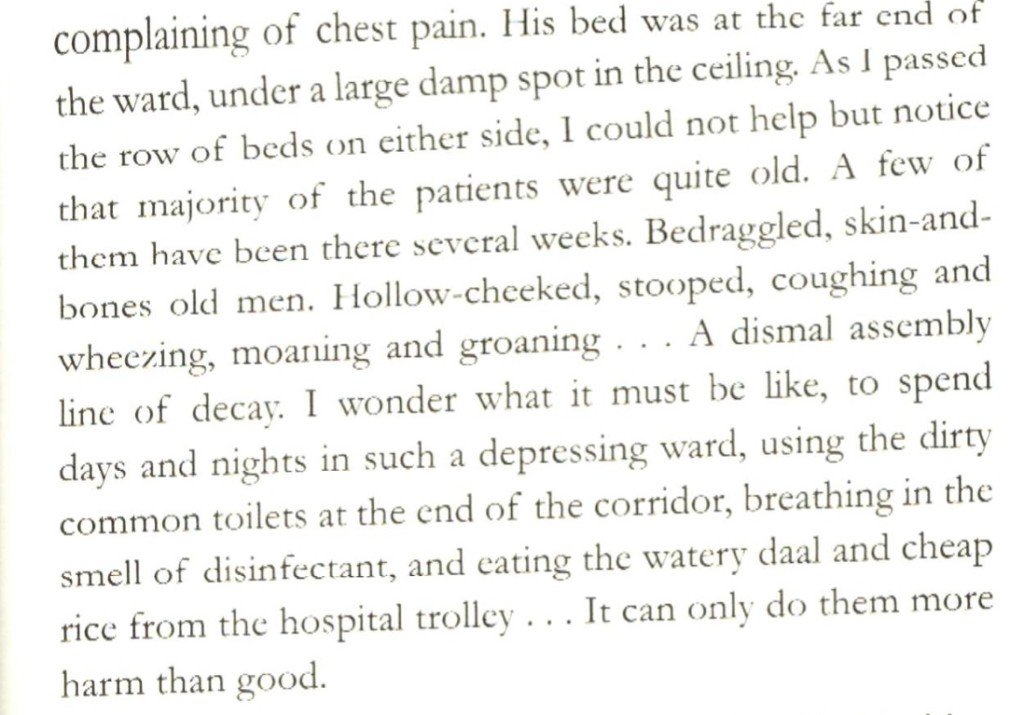 Or this moment, when her college romantic hopes are dashed : 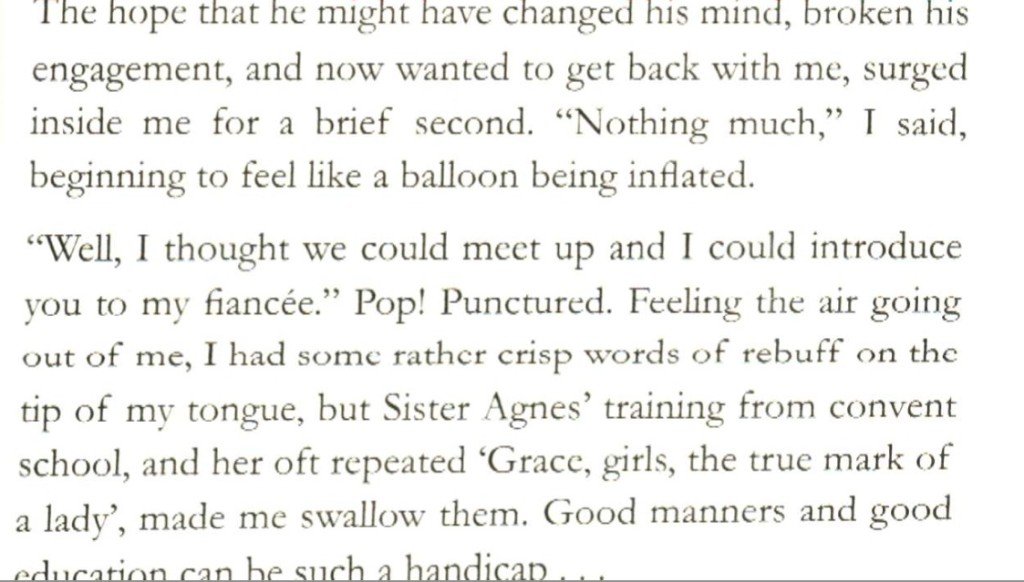 I think when the author speaks with her own voice, from the heart, she is at her best.  When she is trying to impart knowledge to we the reader, she sometimes sounds a little artificial.

I very much look forward to Ms Mukherjee’s next book, and hearing more of her perceptive and intelligent voice.  For she is without question an intelligent narrator.  I want to hear more from her.

Published in 2013 by Fingerprint, the paperback costs Rs 195.

If you wish to buy and read this book, it couldn’t be easier. Just clink on one of the links below :