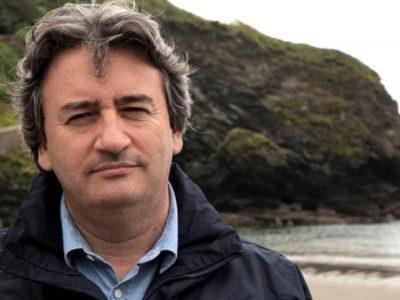 There is something deeply moving, reading an extraordinary book like Fergal Keane’s “Road of Bones” whilst staying in Kohima, the little town that is the centrepiece for the dramatic events of 1944.

I was in Nagaland (incidentally the most un-Indian feeling place I have ever been to in 30 years of Indian travels), for the Hornbill Festival, and so it made sense to take this book with me for the long train journeys.

“Road of Bones The Epic Siege of Kohima” documents the events of what is often referred to as the Forgotten War, the battle between the Japanese and the British & Indian troops in the Burmese theatre of war.  While the events leading up to the Normandy invasion were unfolding in Europe, thousands of troops in this hot, difficult, mountainous, tropical corner of Asia battled for supremacy, literally.  The ultimate field of battle came down to the tennis court of the DC’s Bungalow, where Japanese and Allied troops lobbed grenades at each other across a burned out few yards of tennis court.

The book is a gripping, often horrific, account of this campaign which pitted Japanese and Allied troops in a deathly, deadly campaign, with the tribals of Nagaland caught up in this war of attrition.

The book is often very hard to read.

War and battle and suffering and starvation and fear are not pretty, and Fergal Keane tells the story of this campaign in gritty, realistic terms.  More importantly, he tells the stories of men, not anonymous soldiers.  He introduces us to the ordinary men on both sides of the battle, ordinary young boys from Kent, apprehensive young Japanese men, who all found themselves fighting inch by inch for terrain in a far corner of India.

There are the big players, of course –  Slim and Churchill and Mountbatten and Mutagutchi – but it is the heroic actions and the courage under fire of the individuals rather than the collective, that makes this book so moving.  You weep when you learn of deaths.  You sigh with relief when an injured young man makes it onto a convoy out of Kohima.

Naturally, I visited the beautiful Commonwealth War Cemetery in Kohima, while I was still reading the book, and to stand in front of the memorials, and recognise names from the book was profoundly moving.

To add to the poignancy around this book, one of my companions in Kohima was Catriona, the daughter of Ursula Graham Bower, who both figure in the book, and so the whole experience took on an extra vividness.

Kohima was all decked out for the Hornbill Festival and in advance for Christmas, and yet the traces of those events remain.  The names of the hills and roads are still there.  The beautifully maintained cemetery.  A parade of World War II vehicles, compete with everyone dressed up in period clothing.

It was all very time-warp-ish. 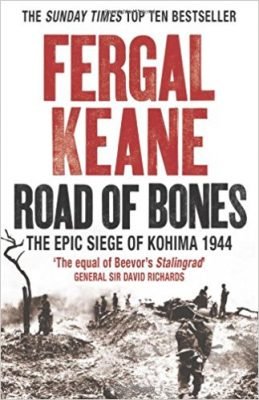 It may seem a little unnecessary for a mere reviewer to compliment Fergal Keane on his research for “Road of Bones,” but I must.

The wealth of material is truly astounding, and Mr. Keane has woven it all together into a minutely detailed canvas, telling the story of the campaign and the siege in brilliant detail.  Often the account reads almost minute by minute, with the threads of many different lives caught up together.

He is even-handed in his portrayal of both sides in this desperate conflict.  No one is lionised, no one is demonised.

What we are presented with is a superbly well-written book about ordinary men fighting to the death, thousands of miles from home, in circumstances of great privation.

I am going with 10/10 for a tale well-researched, well-written and so fairly told.

After reading this, should you wish you buy the book – and it is a stunning read – then nothing could be easier.  Simply click on the link below :